Hauntology seems to describe the zeitgeist of our times — the sense of futures lost, almost as if we are becoming conscious of parallele universes, split away from ours by decisions and turning points large and small. It’s there in nostalgia for decades gone by. It’s there in our turning back towards landscape and pastoral. It’s there in politics. And it’s there in writing.We were impressed, recently, when we came across the zine Lost Futures, overseen by Christian Kitson and Kieran Cutting. It’s mixture of text and image is as impressive as it’s suitably haunting. But focus of vision, the emphasis on craft and imagination, are what bring us back and back to the zine. Here Christian and Kieran talk about Lost Futures and offer a few samples from past issues…

Impetus for starting the zine and where we see it moving

Lost Futures started as a project between two friends who spent a lot of time exchanging stories while wandering around the woods close to where we both grew up. We’d often go there together when we were back in our hometown, catching up on what we’d been up to while off at university, as well as nostalgically recounting stories from our school days. We’d talk about the experiences which at the time were so meaningful, of the friends we were losing touch with, as we all went off on our separate lives.

With the onset of the pandemic and lockdowns in 2020, we missed walking in the woods. As two friends at opposite ends of the country, we knew that in another life, we would be back among the trees, telling our stories over a few beers. In a sense, Lost Futures came from something as simple as that — the spark for this idea came from the spirit of our moment, when so many things had to be put on hold, and for so long we lived with the continual sense that the future had been cancelled.

We started Lost Futures to explore the worlds which could have been, and could never have been. We both read The Artist’s Way by Julia Cameron, and were riding high on her lesson that creativity is less about thinking something up than it is about getting something down. It’s this mentality which we sought to channel into a creative project together — and we were really attracted to the rough and ready, anything goes philosophy behind making zines. Lost Futures is an experiment in form following content. We believe that ideas find their own forms, and we follow the creative energy wherever that takes us.

We accept submissions in any format. If you have an idea we like, we will want to make it work. Lost Futures is a zine, but it is growing into something so much more than that. For now, you can find the poems, prose and visual art which makes up our volumes in physical zine — but we are experimenting with new formats that will allow us to better bring haunting music, harrowing experiences, and thought-provoking moving pictures to our audiences. We’ve taken poetry, fiction, essays, photography, film critique, collage, and musical musing, amongst other forms, and would love to see what’s on your mind.

Each volume has a theme: we’ve just started shipping copies of volume 3: meanwhile… and are open for submissions to volume 4, ‘thresholds’. We encourage submissions which respond to these prompts, but also consider submissions on the general theme of lost futures. We are interested in the worlds which didn’t quite make it into existence, and the ghosts that made it through to haunt us. In the lives you might have led if things were different, and what happened instead. Or of the paths you started going down, and when you turned back.

Further information, and links to buy and submit can be found on the Lost Futures website. 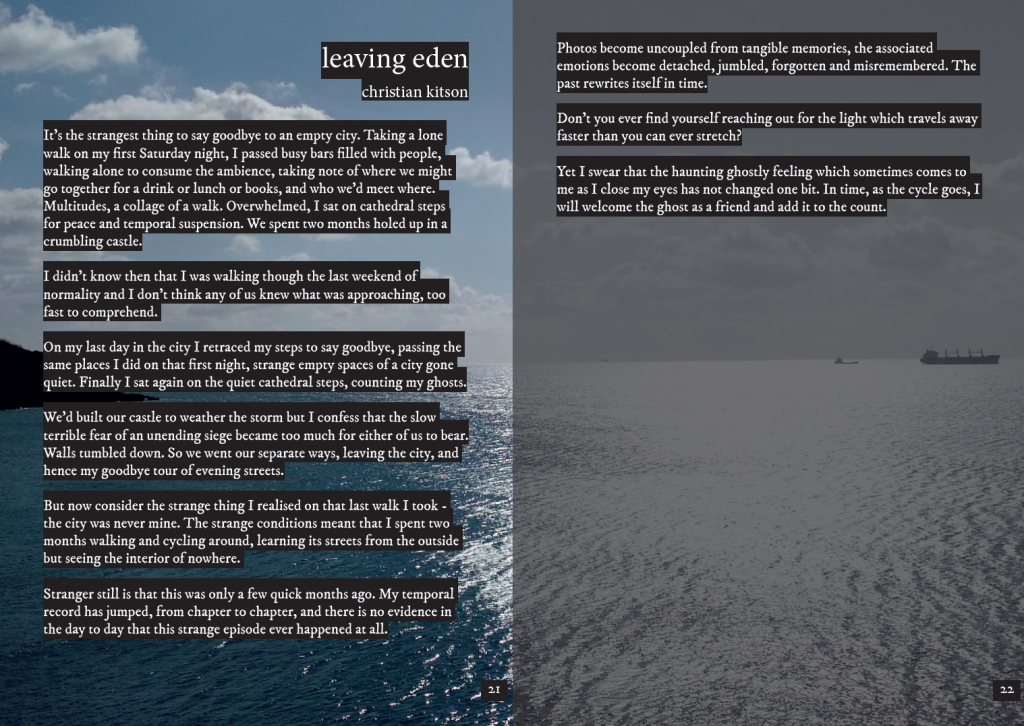 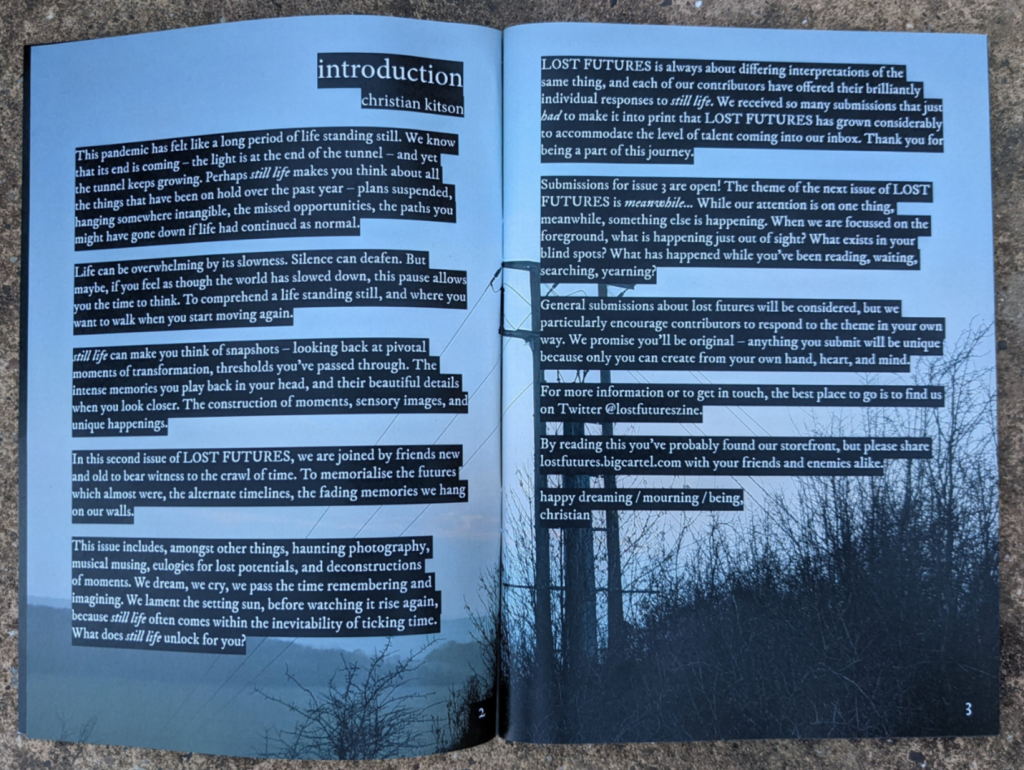 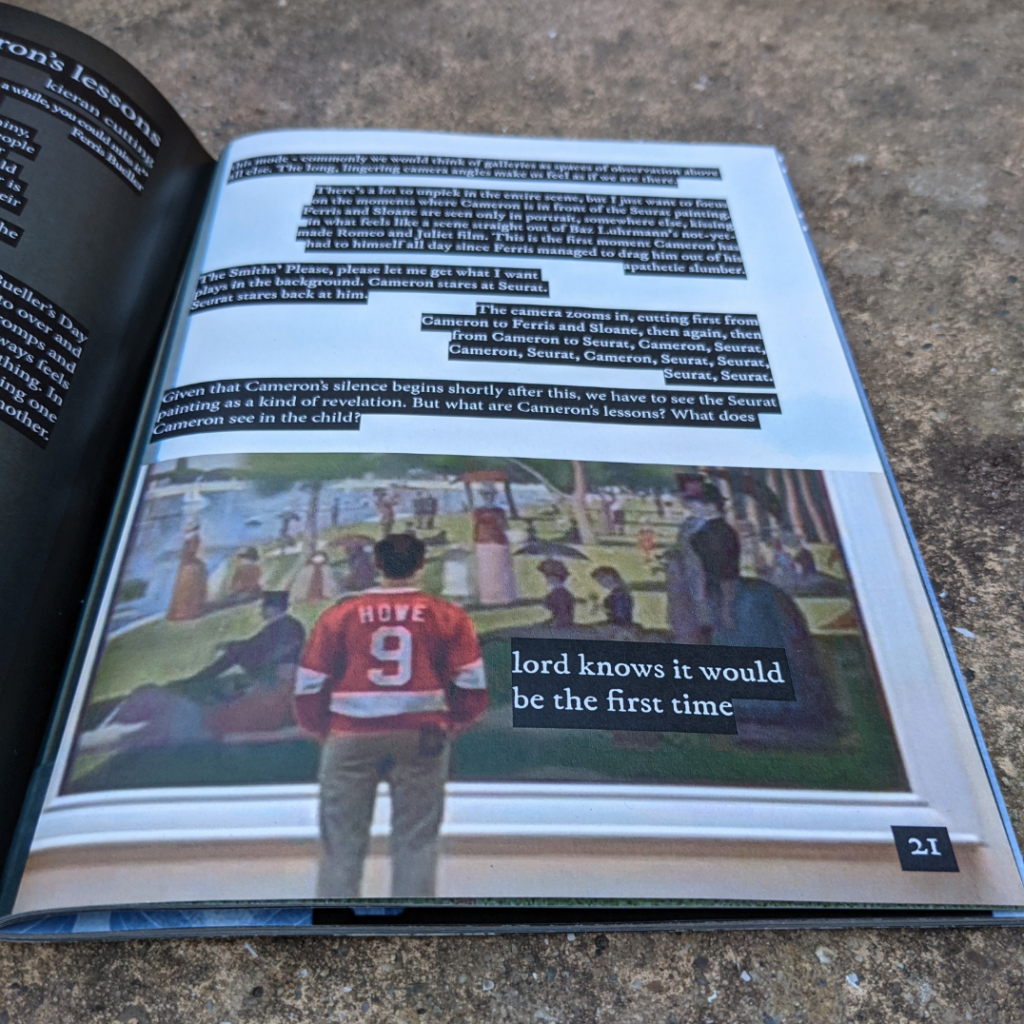 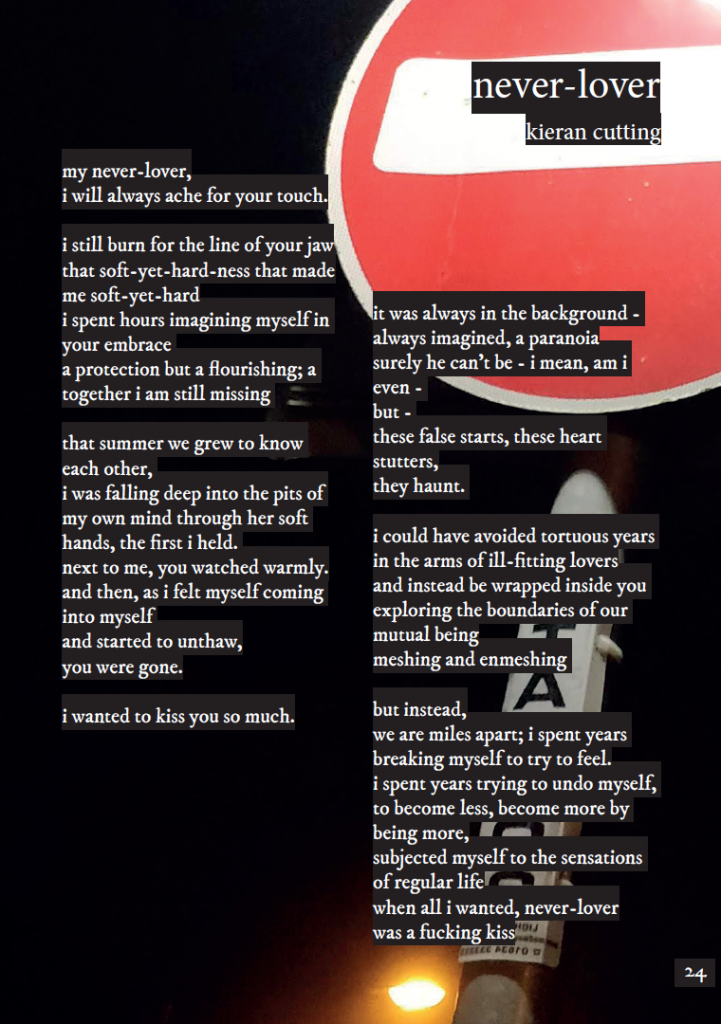 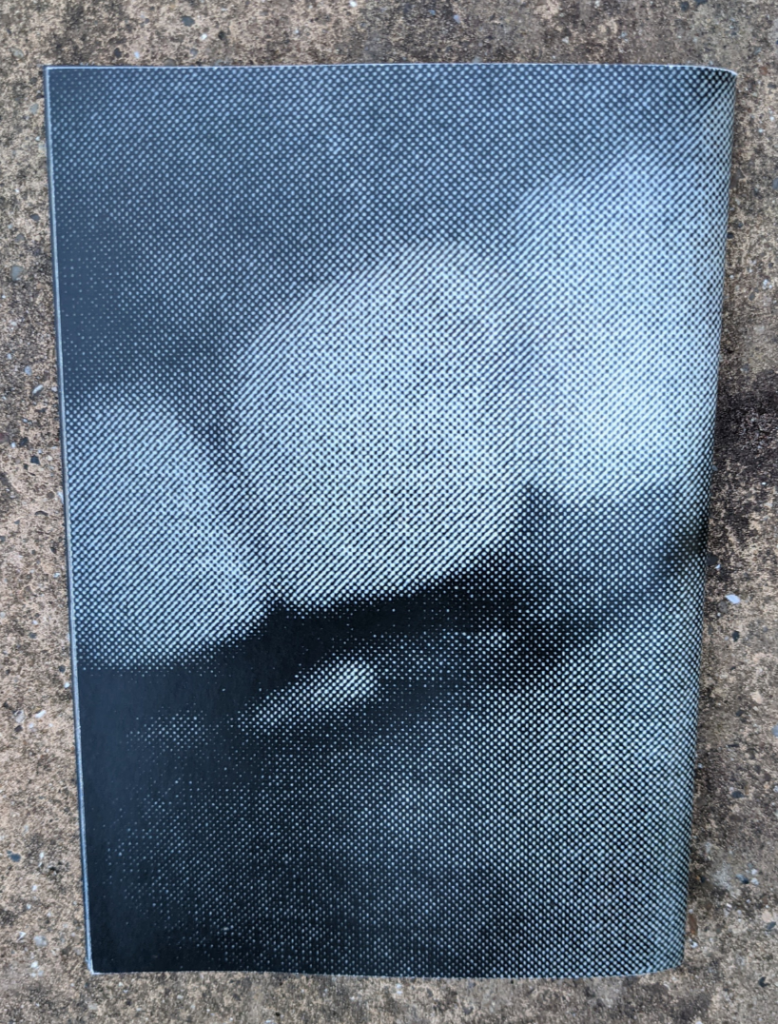