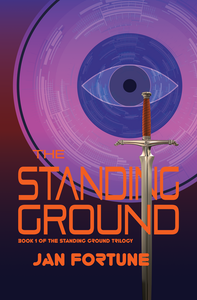 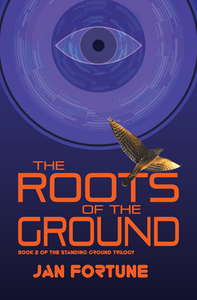 What role can Athurian legend play in saving the future?

In the darkest times, where do we look for the light?

On the 18th of November a group of writers and readers gathered on Zoom to launch and celebrate two Cinnamon titles — one relaunched after 13 years in print — a novel that predicted Brexit and looked to how we use mythology in dark times — the other a new prequel.

The Standing Ground is set in a near-future world without privacy or freedom, life is unravelling for Luke, a teenager whose questions and individuality have no place in surveilled society. When a virtual encounter with a girl who claims to live beyond the all-controlling grip of E-Government, sets him on a quest not only for answers, but for escape. But is Alys real? Why are there echoes of her world in his father, Nazir Malik’s home, especially since Nazir is a celebrity artist trusted by E-Government? And what role can characters from Celtic Arthurian legend possibly play in saving the future? Most urgently, can Luke overcome the threats that surround him and find the Standing Ground?

The Roots of the Ground is the prequel toThe Standing Ground. We travel back two generations to the origins of the oppressive E-Government state that gradually infiltrates every aspect of people’s lives in the decade following Brexit and global pandemic. But as the darkness overtakes Britain and other areas of Europe, the light of resistance wakes in a community that spans the Celtic outposts of Brittany and North Wales. And in a strange child, Myrddin Emrys, who has also been known as Merlin.

The launch took the form of a conversation with Adam Craig about the issues raised in the novels, interspersed with short readings from the two books and followed by questions from those attending. If you couldn’t be with us for the launch the video is below and you are welcome to use the discount code WINTER20 which will give you 20% off everything in one basket when you buy these or other Cinnamon Press books.