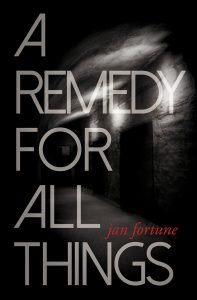 Part 2 of the Casilda Trilogy


In the dream she is not herself.

Belief is Catherine’s gift, or it was once, growing up in the shadow of an extraordinary friendship amongst a cacophony of voices trying to tell her who to be. Now, in her thirties, Catherine knows what she has lost and what she has survived. Her professional life is on course and she has a new relationship with Simon, a writer who shares her imaginative and creative worlds. But when Catherine arrives in Budapest in winter 1993 to begin researching a novel based on the poet, Attila József, she starts dreaming the life of a young woman imprisoned after the 1956 Uprising. More disconcertingly, by day this woman, Selene Virág, is with her, dreaming Catherine’s life just as she dreams Selene’s. Obsessed with uncovering the facts, Catherine discovers that Selene was a real person who lived through the persecution of Jews in Hungary during WW2, but what is most disorienting is that Selene believed Attila József to be the father of her daughter, Miriam, despite the fact that József committed suicide in December 1937, eighteen years before Miriam was born. How do the three lives of Catherine, Selene and Attila fit together?

Densely layered, constantly challenging the boundaries between fact and fiction, A Remedy for All Things is a disquieting and compelling exploration of what we mean by identity and of how the personal and the political collide. Spare, subtle prose and an innovative, original narrative combine with an accessible, moving story; an extraordinary follow-up to This is the End of the Story and before For Hope is Always Born.

Her previous publications include non-fiction titles in alternative education and parenting and the major book book for writers: Writing Down Deep: an alchemy of the writing life (available as both hardback and paperback editions) ; the novels Dear Ceridwen and Coming Home. Her previous poetry collections include Particles of Life (BlueChrome), Slate Voices (a collaborative collection with Mavis Gulliver), Stale Bread & Miracles, Edge (a companion to Adam Craig’s Year W), and Turn/Return, a pamphlet inspired by Brian Eno’s Oblique Strategies cards. Her most recent work is the Casilda Trilogy of novels, which includes This is the End of the Story, A Remedy for All Things and For Hope Is Always Born, and the spin-off, stand-alone novel Saoirse’s Crossing.