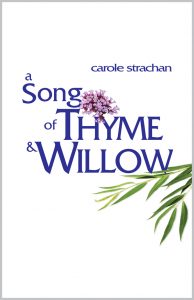 How do we hold on to what is constant within us when circumstances challenge our sense of who we are?

At the heart of the story is the mystery of Isabel Grey, a successful opera singer who disappeared in the late 1970s and has not been heard of since. Two musicians, facing life-changing crises of their own, decide to look for her. Steven Bennett’s career as an orchestral bassoonist has been ended by a violent mugging; singer Alice Wade is suffering serious vocal problems and trying to move on from the latest in a long line of failed relationships.

Steven takes a job as archivist for Hope Street Theatre and becomes intrigued by a young woman who appeared there in the 1960s. Nearby, Alice is taking refuge in the house she’s inherited from her godmother, Imogen, and while trawling through paraphernalia Imogen left behind, she learns of a sister, Isabel, about whom Imogen never spoke and who vanished forty years earlier.

Their discoveries are woven into Isabel’s gradually unfolding story, the silent language of keepsakes becoming signposts to the past, revealing the truth of what really happened.

As Isabel emerges from the shadows, Alice faces the loss of all she values most. Not wanting her life to become a sad echo of Isabel’s, she must face the future with courage and acceptance.

The new novel from the author of the well-regarded debut novel, The Truth in Masquerade, A Song of Thyme & Willow draws the reader ever deeper into the personal labyrinths of its central characters — a must read for literature fans and lovers of classical music, alike.

Carole Strachan grew up in Merthyr Tydfil in South Wales, and now lives on the coast near Cardiff. She’s spent most of her career working in theatre and music and for ten years was responsible for marketing at Welsh National Opera. From 2008 – 2020 she was Executive Director of the leading contemporary opera company, Music Theatre Wales. Her debut novel with Cinnamon was The Truth in Masquerade. A Song of Thyme and Willow is Carole’s second novel with Cinnamon Press and she is and currently writing her third novel which is forthcoming with Cinnamon.