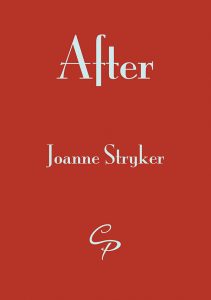 After is a heart-breaking account of the aftermath of a suicide. Simple, spare language and the use of questions allow the seismic shifts of grief and disbelief to resonate through this powerful, disquieting and sometimes harrowing, but never sentimental or self-indulgent, sequence. There is a fine line of control and grace in this poignant and deeply humane collection. An exceptional debut.

Joanne Stryker’s After accomplishes one of the prime directives of poetry: to sing the unsayable music of pain. For that astringent music, and for its unsparing candour in articulating the serrated edges and blank voids of loss, this is an elegy to cherish.

Extract from ‘Your Body’

world so chasmed
by your going —
nor block the thought

of your drop:
brief flash between mirrored
sunlit tower … 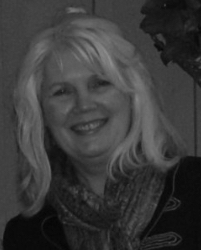 Joanne Stryker’s poems have won prizes and are published in journals and anthologies in Canada and the U.K. She lived for a number of years in the beautiful Yorkshire countryside, during which time she became an active member of The British Poetry Society. She recently returned to her native Canada, where she lives in London, Ontario.