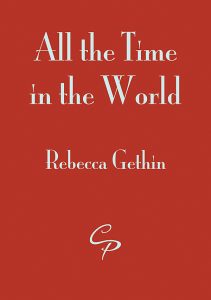 Rebecca Gethin’s mother died when she was two. It was a tragic, unexpected death from lung cancer. At the age of 32, she left two small children and a husband to fumble their way through grief and shock. Half a century later, a handful of brief letters unexpectedly emerged, written by the dying woman to her mother and sister. In these poems that woman’s voice — facing death and loss — is heard again, and her daughter replies.

“Gethin’s distillation of her material sets her poems apart, causes them to ring with truth. She notes that the child she was ‘is still in the room’ (The visit) ‘more than sixty years later.’ Inhabiting her mother’s voice through judiciously placed fragments of found letters, each detail is fitted into place like a piece in the rich mosaic of a short life lived lovingly. The effect is enhanced through Gethin’s characteristic use of naturalistic imagery: a mole becomes the forbidden word ‘want’ burrowing out of its ‘winding passages’, creating ‘want-hills.’ A laburnum tree dangles its golden flames at sunset … Rooks flock ‘to haunt the trees at dusk.’ It is all there, painstakingly crafted, distilled to its finest essence.”

“These are brave, honest and deeply touching poems, and in them Rebecca Gethin has achieved a remarkable portrait of the mother she mourns.” 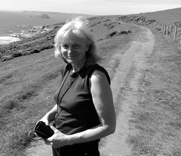 Rebecca won her first writing competition at the age of ten with an essay on rabbits for the Wharfedale Naturalists’ Society. Early precocity was swamped by children, work, the fever of everyday life and she forgot what she had originally wanted to be: 45 years were to pass before she won the Cinnamon Press Novel Writing Award with her first novel, which was published in 2011. Her first poetry collection, River is the Plural of Rain, was published by Oversteps Books in 2009. She has worked as a creative writing tutor in a prison and currently works as a freelance creative writing tutor and writer.