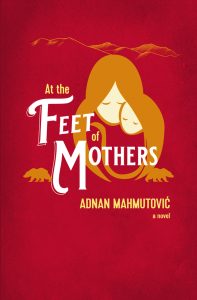 Joseph Schneider grows up in a Cherokee-Jewish family in the Smokey mountains of North Carolina. He dreams to be a cook on the biggest ship there is in the world but his attachment to his mother Rachel and his rootedness to the little mountain village keep him from moving on. When his mother falls ill she reveals she stole him from a Palestinian girl Aliya in the 80s when she volunteered at a hospital in Gaza. Joseph refuses to know anything more about his biological mother, but later when Rachel dies, Joseph honors his promise to her and embarks on a painful pilgrimage to the holy land, a walk in the footsteps of his American mother and a search for Aliya.

Review of At the Feet of Mothers at World Literature Today 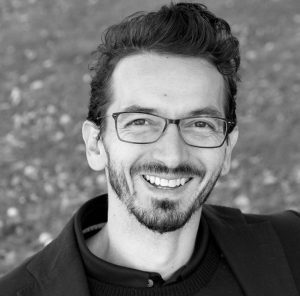 Adnan Mahmutovic came to Sweden from Bosnia as a refugee of war in the 90s. He now works at Stockholm University as a lecturer in literature and creative writing. He has published a novel Thinner than a Hair (2010), short story collection How to Fare Well and Stay Fair (2012), and a volume of literary criticism Ways of Being Free (2012).