Our latest Readers’ Series event took place on Thursday, 28 April, with brilliant readings and discussion from John Barney, Susan Richardson and Kay Syrad reading from A Report to Alpha Centauri, Words the Turtle Taught Me and What is Near.

Can eco-poetry change the world? Can poets be anything more than witnesses to the unfolding catastrophe? These and other questions were tackled in this fascinating round table. If you missed the event you can catch up with the recording and use the discount code to buy their books (and others)

Thursday 24 March saw the second in our Readers’ Series events with brilliant readings and discussion from David Batten, Tracey Iceton and Helen May Williams reading from Rotterdam, Rock God Complex and June and discussing the elusive lines between fact and truth, memory and plausibility.

Thursday 3rd March saw the launch of two of our latest series of pamphlets, Bonnie Thurston’s Forgotten Futures and Journey by Sue Lewis.

Bonnie and Sue gave wonderful readings of their work and there were some fascinating questions, afterwards. If you couldn’t make the evening, you can catch the recording here.

Adam Craig led a lively discussion and there were great questions from the audience. If you couldn’t make the evening, you can catch the recording here and the discount on books lasts until March 1 2022. 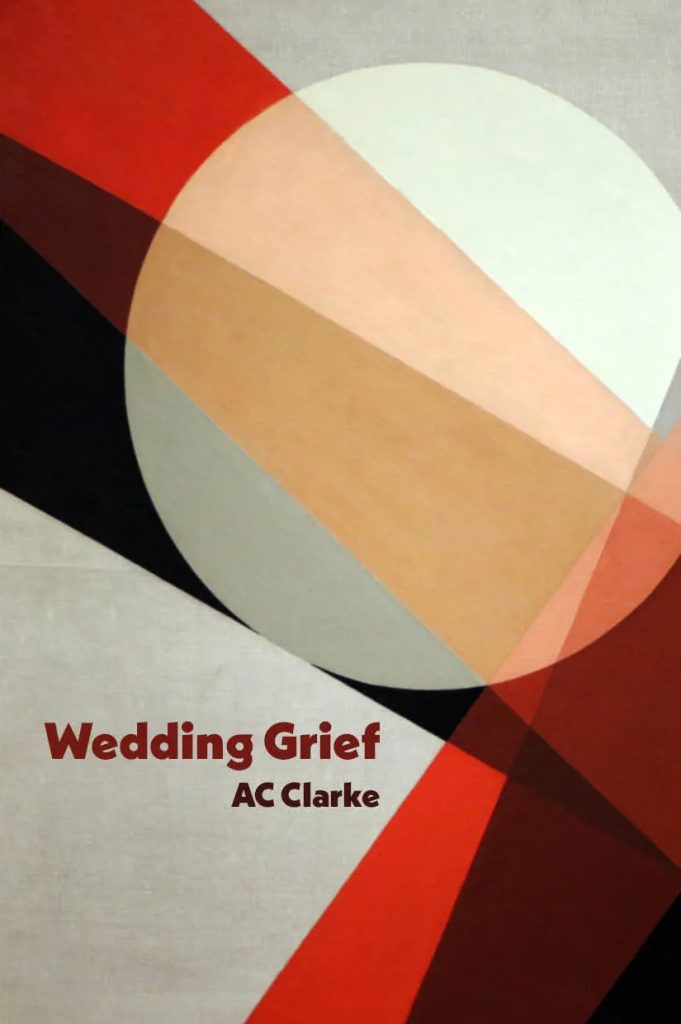 I’d like to start with a big thank you to Jan and Cinnamon Press. I have benefited both from mentoring and publication by them and from Jan’s warm encouragement at all times. Also thank you to Jan for generously inviting me to write a blog about my latest publication, the pamphlet Wedding Grief, which is published by a different press, the Scottish-based Tapsalteerie (a Scots word meaning topsy-turvy).

Wedding Grief, which I began work on in 2018, centres on the courtship and marriage of the French Surrealist poet Paul Éluard and his first wife Gala (Elena Dimitrievna Diakonova) and this blog is the story of its genesis, which for me demonstrates how subjects for writing, particularly extended writing, come at you sideways, and take off in unexpected ways. My advice to any writer would be 1) trust your imagination and 2) don’t overplan – a work will often show you in the end how it needs to be structured.

This work began with a coming together of two different strands of my writing: translation and narrative poetry.

I have always enjoyed translating poetry (mainly from French) and found it a very useful practice because it doesn’t rely on that elusive entity ‘inspiration’ but does give a poet a lot of scope for both emotional response and playing with language and form. On days when I feel unable to write I can always translate.

In 2016 I set myself the task of translating as many of Éluard’s 110 (!) collections as I could before I die. Why Éluard? I knew little about him, but a wonderful prose poem of his lies at the heart of Edith Sitwell’s lushly sensuous poem ‘The Swans’ and she liked it so much that it also appears in her biography of Queen Victoria. Although she credits Éluard for this she doesn’t name the poem and you could say that the whole translation project began as a way (so far unsuccessful) to track down this elusive poem.

It was a natural step from translating Éluard to wanting to know more about him and Gala, for and about whom so many of his poems were written. Once I started on this track it opened up many other fascinating paths to explore: their ménage á trois with Max Ernst, Éluard‘s sudden departure for Indo-China, the various artistic movements of interwar Paris, Gala’s subsequent marriage to Salvador Dalí. In no time at all I had material for several books.

But what sort of books? I have published two full collections, both with Oversteps Books of what could loosely be called narrative poetry. Fr Meslier’s Confession (about an eighteenth century French atheist priest) and A Troubling Woman (about the fifteenth century English visionary Margery Kempe). Both used a range of voices to carry the narrative forward, and in particular the voice of the central protagonist. At the time I began translating Éluard I was mulling over the idea of a narrative closer to our own times centred on a female character. Gala seemed a possible candidate. But the more I read round the subject and the more I wrote about it, the more it became clear over the next two years that the books would tell the story of Éluard too and of their circle of friends at a momentous time in the history of Europe.

It also became clear that although I would use the technique of different viewpoints I would not speak in the voice of any of the historical characters. Gala was notoriously reticent; Éluard’s poetry spoke for itself. I began writing a series of poems spanning the period from their first meeting in a TB sanatorium in Switzerland to the fateful triangle with Max Ernst, which signalled the beginning of the long-drawn out end of their marriage. I titled these poems ‘Wedding Grief’ and sent them to Tapsalteerie to see if they would be interested in a pamphlet based on this material. Because the poems were heavily influenced by Éluard’s poetry and surreal in approach and imagery, I was not very sanguine. I was delighted when they expressed an interest.

I had been working in parallel on a series of prose poems based on Gala’s only surviving letters to Éluard, all written from wartime Paris before their marriage while he was serving as a soldier in the French army. I titled these ‘The Little Russian’ (Éluard’s mother’s not entirely affectionate nickname for Gala); I had also been working on a long sequence, ‘Poet at War’, based on the two collections of poems Éluard published during the War itself (he was not yet 21 when the first was published). These three separate bodies of writing arranged themselves in the finished pamphlet in a natural order. More than one favourable comment has been made on the structure of the book but it was almost entirely fortuitous.

And this brings me to a topic on which I have strong views, the question of ‘research’ where poetry is concerned. I have done a research degree. I know what is involved – rigorous examination of texts, painstaking checking of facts, diligent following up of references. In no sense can the sort of book-hopping I go in for when writing poems about historical figures be termed ‘research’; my favoured method is to draw on one or two key texts and dip into others to check on particular points. As regards historical accounts I drew mainly on Dominique Bona’s Gala, La Muse Redoutable but far and away the greatest influence on the book was Éluard’s own poems. Through my translation project I have read every single one he wrote during the period covered by Wedding Grief and their passion, soaring imagery and complete emotional honesty set me free to write in a way that felt new to me. In a real sense he is the true author of Wedding Grief.