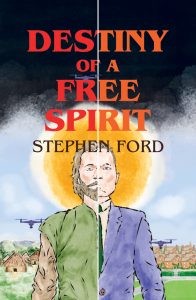 In the far future, after a nuclear war, the world is separated into two realms, each under the protection of the all-powerful Commission. In Ecologia mammoths, wolves and sabre cats roam the world of Stone Age people, while Economica is populated by modern people enjoying technological convenience, complete with robots that serve every need. In Ecologia the Commission is worshiped as a deity, but in Economica it is resented as an obstructive and unaccountable bureaucracy.

When Peter finds a portal between these realms, he illicitly sets up a life for himself in both worlds, knowing that he is in danger.

But like everyone else he has no idea what the Commission really is, and when Peter’s friend, Simon, figures it out and is silenced by sinister forces, Peter’s questions about his future only become more complicated. His quandary exacerbated by the imminent closure of the portal, Peter has to make a choice about where he belongs; a choice that will be the most important he’s ever made.

Raising questions about what we mean by ‘nature’, ‘humanity’ and life itself, Destiny of a Free Spirit is a compelling debut that will keep you guessing till the end. 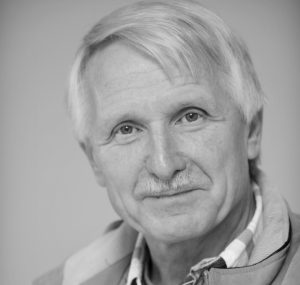 Stephen Ford, son of a geologist, had a varied and nomadic childhood in Africa and the Middle East. From childhood, Stephen has been inspired by wild places, mountains, rivers and forests, places where nature reigns, not people.

The computer systems that Stephen worked with during his career in information technology posed the questions about intelligence and existence. Now, inspired to write, Stephen explores these themes: What is nature? Is nature alive? What is life? What distinguishes a human from an animal? Do people have spirits? If people have spirits, then perhaps animals do too? Can spirits exist also in inanimate entities, rivers, trees, mountains, valleys? Can machines have intelligence? If so, do they also have a spirit?