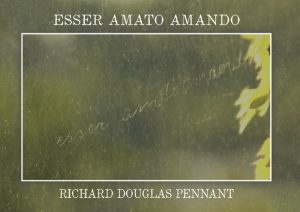 Having fallen in love with the family gardener, Lady Alice Douglas Pennant was sent to her room by her father to ‘cool off’. There she scratched the words ‘Esser Amato Amando’ into a pane of glass; words she had presumably heard sung by Violetta in Act 1, scene 5 of Verdi’s opera Traviata, as she faced a very similar dilemma.

This was the springboard for this collection of poems in which Alice’s nephew, Richard, through intensely detailed observation, lovingly explores themes of separation and togetherness against a backdrop of colour reproductions of Alice’s watercolour paintings. 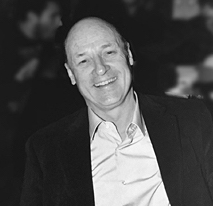 Richard Douglas Pennant was born in north Wales in 1955.

He draws much of his inspiration from his native Wales, from its tales and legends of the Celtic deities, as well as from the Hellenic history of ancient Greece and the richness of its myths and civilization. Human relationships, the power of love and friendship, all play a part in his writing.