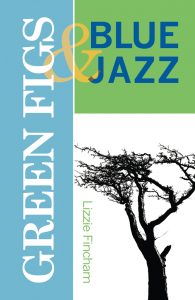 The narrative arcs of love and loss, sex and death, with the constant interplay between time present and time past, unite this deeply affective collection from widely published and award winning poet, Lizzie Fincham. Structured in three acts, Green Figs & Blue Jazz moves from a winter solstice, gathering memories of a relationship in which the signs of transience and mortality appear in retrospect, to a central act in which loss comes to the fore so that every place, each object, even the mud on a pair of boots becomes a stark meditation on what has gone, what might have been. Finally resolving in a final act in which memory, dreams and hope conspire to remake the past and give substance to possible futures, this evocative and imagistically rich collections moves full circle, ending in “advent” with the world still waiting.

At the Feast of All Souls in Christ Church Cathedral
trumpets and sackbuts circle the nave,
seven Botticelli angels moonlight
as buskers in the courtyard of Trinity

and all the golden stars in the sky
tumble down to earth now. 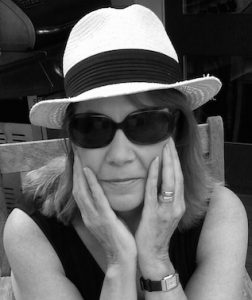 Lizzie Fincham was born in Gower and married in Wales. She has two daughters. Her poems are published in Cinnamon anthologies, Envoi, New Welsh Review, The North, Poetry Wales, Poems on Hoardings (National Museum of Scotland). She has been shortlisted three times for the Bridport Poetry Prize and Highly Commended twice for Poetry on the Lake. She was invited to and encouraged at a Masterclass at Ty Newydd by Gillian Clarke and Carol Ann Duffy. Her tutors for an MA in Creative Writing at Royal Holloway (for which she received a distinction) were Andrew Motion and Jo Shapcott. Currently she is reading for a PhD in Creative Writing at Swansea University supervised by John Goodby. Her mentor for her first collection was Jan Fortune. She thanks all who have supported her on this journey.

Lizzie’s pamphlet with Cinnamon is Contained in Ice.