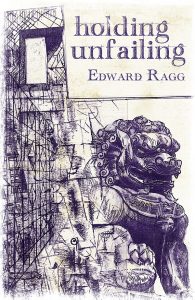 Edward Ragg’s debut collection, A Force That Takes (2013) was a Cinnamon Press Poetry Award winner. This entrancing second volume probes the complexity of contemporary China, from Beijing to Shanghai, through the dizzying landscapes of a country undergoing profound change.

Intriguing, supple poems that range across the world and across the landscapes of the mind.

This collection has for its central focus scenes from contemporary China, observing with detachment and direct emotional intent those personal landscapes which fan out from Ragg’s experiences of a country undergoing profound change. Such landscapes and the burdening memories accompanying them create poems of concentrated philosophical energy.

They search and question. Ragg explores paths and places across a world shot through with colour. Yet he reins back from the expected celebratory note, in order to sift truth from falsehood, to travel from height to abyss. This is a wide-ranging and thought-provoking collection.

of Beowulf’s steel. Each vowel seeping
from the peat-rich bog, each poem the miracle
of a sluice suddenly watering the earth. 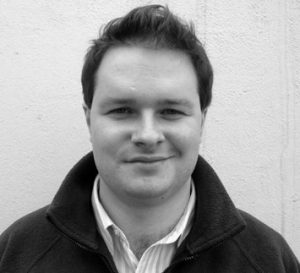 Edward Ragg was born in Stockton-on-Tees in 1976 and since 2007 has lived in Beijing. He was a joint-winner of the 2012 Cinnamon Press Poetry Award and A Force That Takes was his first collection, followed by Holding Unfailing and Exploring Rights. His poems have appeared in numerous international magazines and anthologies, including the 2014 Forward Book of Poetry (Faber & Faber, 2013), Lung Jazz: Young British Poets for Oxfam (Eyewear Publishing/Cinnamon Press, 2012), Jericho & Other Stories & Poems (Cinnamon Press, 2012) and New Poetries IV (Carcanet, 2007). He is also the author of a number of critical works and articles on wine. Edward is the co-founder of Dragon Phoenix Wine Consulting.

Edward is currently working on the collection, And Then the Rain Came, which will be published by Cinnamon Press in Spring 2022.