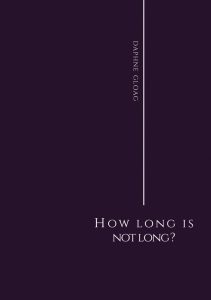 Daphne Gloag writes remarkable poems of cosmic scale. Yet, taking complex concepts, such as time and cosmology, as her references leads not to dense inaccessibility but to conversational meditations on the human condition. Essentially, her work is about love: effective and moving pieces about loss, about how we go on loving in the face of mortality, about what time might mean when weighed against the power of human emotion. In this exquisite sequence the carefulness of the research shines out, but even brighter is the enduring nature of love.

It was a kind of pilgrimage we made
together, to meet a giant sequoia standing
at the top of a hill like a climax. Over three millennia
it had grown towards the sky. I said, It is not
years of a tree we’re celebrating here,
it is the years of time. We stood inside
the trunk as it it were a house. But he said, The more
the years pile up the nearer it comes to the end
of time, its time. We were quiet, feeling the fear
for that great trunk no longer making statements
on the sky but lying across the road
of time, feeling too the fear for ourselves
of what would fall across our time, the road
blocked by a stop sign. 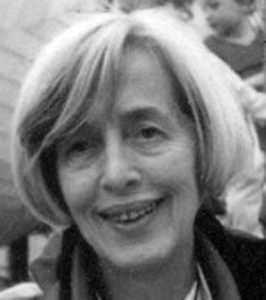 Daphne Gloag worked for most of her career as a medical journalist and editor. Many of her poems have appeared in magazines and anthologies, especially since her retirement. She has published three collections — Diversities of Silence (Brentham Press, 1994), A Compression of Distances (Cinnamon Press, 2009) and Beginnings (Cinnamon Press, 2013), as well as this pamphlet, How Long is Not Long?.

She was married to a poet, the late Peter Williamson, and lives near London.