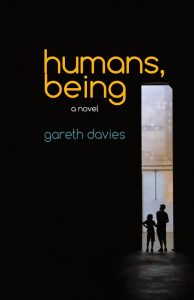 For comedian Vic, life seems to have middled. His wife has left him. His son, Elis, is growing up fast. And audiences aren’t finding his jokes as funny as they used to. Leaping into the Cardiff singles scene isn’t going so well either, not for Vic or his best friend, Mia. Middle aged, middling: not bad, not good. But very confusing. They say life goes on. Vic’s sure it does. He just doesn’t know where to… yet.

Funny, touching and thought-provoking, this debut novel by Gareth Davies explores what it’s like to be a middle-aged human being in the 21st Century. 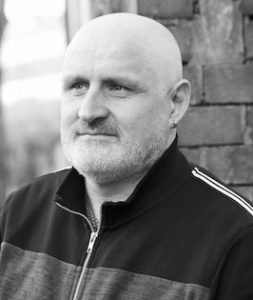 Gareth is a teacher, writer and storyteller. After living in Prague for nearly twenty years, he moved back home temporally to Cardiff in 2015 to do an MA in Creative Writing at Cardiff University. Temporary became permanent and Gareth is now an active member of the literary scene in Cardiff, being a frequent visitor and performer at events such as Roath Writers, First Thursday, and Storytelling at Milgis. Gareth has had several short stories published in magazines and kept a daily short story blog running for five years. He self-published two novels  before the publication of Humans, Being with Cinnamon Press. As well as writing, Gareth is developing his skills as a storyteller specialising in stories from Wales and China.