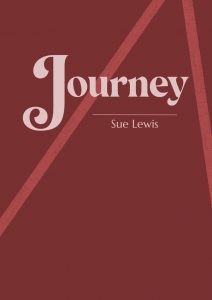 Sue Lewis’s Journey has the ability to combine a conversational tone with exquisite phrases and images that surprise without any need for showiness. The quiet elegance of the poems, the sound patterns and pressure on language combine with a sensibility of the fragility of life that nonetheless refuses to be crushed. There’s a yearning ache in these pieces that remains unsentimental and leaves space for what isn’t or can’t be said; an intelligence that pays attention to the deepest connections and celebrates ‘the everyday enchantment’.

You are my consolation,
turning up the way you have,
riddling out this burnt and blackened year
and I can’t ask for more.
pring will come, I know that now.
The white magnolias. 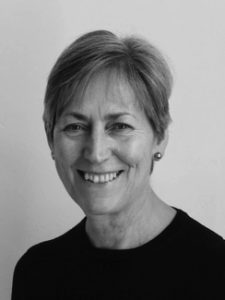 Sue Lewis is a London poet who has been published in The Fenland Reed, Blithe Spirit, Morley Magazine and Southbank Poetry. She was short listed in the Morley Arts Festival Poetry Competition in 2018 and Texture, which won the Cinnamon Press Pamphlet Award, is her debut pamphlet.

She started writing poetry after recovering from a minor stroke fifteen years ago and has since completed an MA in Creative Writing with the Open University. She has read her work at Poets Anonymous in Croydon and Words Aloud in Sutton; at local festivals and libraries and on Croydon Radio. She is a member of the British Haiku Society and of the Second Light network. Sue won the Cinnamon Pamphlet Award with a new pamphlet in 2021 and Journey will be published in Spring 2022.

Her other passions are tai chi and music. She is learning (somewhat belatedly) to play the recorder. After looking after retired greyhounds for many years she has now gone over to the dark side and adopted a very annoying cat.