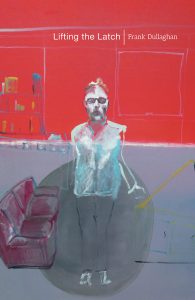 Finely honed, thoughtful and affecting, Frank Dullaghan’s accessible poetry is increasingly assured and poised. His language is clear and elegant, but the apparent simplicity contains a depth of experience that make these poems memorable. Digging deep into memory, but eschewing sentimentality, Frank Dullaghan’s poetry is insightful, poignant, but ultimately life-affirming.

Frank Dullaghan’s quietly spoken poems move between tenderness and terror with a humane warmth … The language follows and embraces a wide range of affairs, touching on loved, known and dangerous things — the texture of experience — lightly, unfussily, with a lovely ear for the plain cadence that is, for most of us, the sweet-sad music of being alive.

Extract from: ‘The Day of the Robin’

I grew to understand it often rained
inside my father’s head, that sometimes
he went under, drowned.
But that day he put out his hand
and the robin came to him, a small flutter
of surprise from the close bush.

You can find Frank talking about poetry at Magpie magazine. 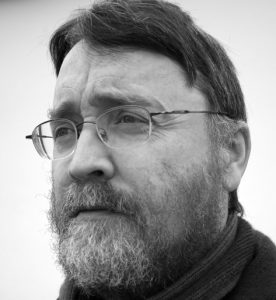 Frank Dullaghan is an Irish writer with four previous collections from Cinnamon Press: On the Back of the Wind (2008); Enough Light to See the Dark (2011); The Same Roads Back (2014); and, Lifting the Latch (2018). He also has a pamphlet, Secrets of the Body, from Eyewear Publishing (2016). Frank holds an MA with Distinction in Writing from the University of South Wales and has lived in Ireland, the UK, Dubai and Kuala Lumpur, Malaysia. Frank’s work is widely published in international journals, and he has been a Best on the Net and a Pushcart Prize nominee. Frank’s latest collections with Cinnamon Press is in the coming of winter.