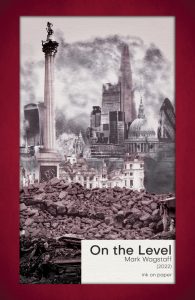 With bugs in her skin and noise in her head, Riz is real and the rest are fake. What matters to her: Mark Rothko’s art. So despite the horror of family time, it’s a fine thing that a major Rothko show coincides with the global conference where her so-called Dad is such a big wheel.

Holed up with VIPs at a heavily guarded hotel, Riz collides with a sharp-dressed assassin she calls The Man. As she plunges into a world of covert deals and power plays, Riz is befriended and betrayed by Russian and Syrian agents. And emotionally bruised by the leader of a violent anti-capitalist group in town to protest the conference.

Told in Riz’s breathless, insistent voice, the edgy friendship between the isolated teen and the travelling killer drives a thrill-ride through riot-torn London. 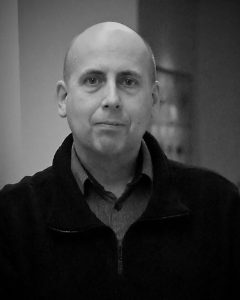 Mark Wagstaff’s work has appeared in journals and anthologies in the US and UK. He won the 39th Annual 3-Day Novel Contest with off-kilter romcom Attack of the Lonely Hearts published by Anvil Press. Mark’s second short story collection Burn Lines was published by InkTears.