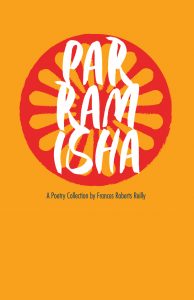 What’s written about us by non-Roma is a stereotypical image that’s both romantic and vilified. In writing our own Parramisha-story we are obligated to deconstruct those prevailing narratives readily available in popular culture and that have unjustly treated us.

Parramisha challenges the reader to reconstruct a new image as a life affirming narrative of our wholeness as a Romani identity.

This is a an evocative debut collection from Frances Roberts Reilly, where everyday objects and belongings are transformed into all things magical, a true delight. Parramisha … will transport you to the heart of Welsh Romany life as it traces the Tatcho Romany Drom, the True Heart’s Path and brings the voices of old Gypsy souls back to life.

This deeply felt collection is an exemplar of how a Romani heritage may be celebrated … as a wellspring of cultural innovation and adaptation within diverse contemporary society.

Her poems are precious and powerful, almost like listening to a serenade if you read them aloud. Her voice has luminous presence. Each poem comes radiantly alive on the page. This is a unique collection bringing together different worlds, so it seems, with each poem. 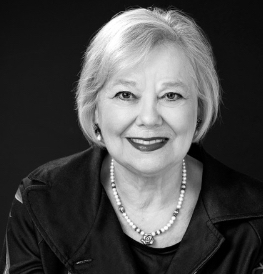 Frances Roberts-Reilly was born on the Welsh border and grew up in England. She’s of mixed-heritage Welsh Gypsy-English, a direct descendant of Abram Wood and the notable family of Welsh triple harpists, fiddlers and storytellers.

She has learned to play three musical instruments — piano, flute and harp. It is the harp that is a direct connection to her four times great grandfather, John Roberts, Telynor Cymru who played harp for royalty, including Queen Victoria. Her great, great grandmother was Mary Ann Wood, a gifted singer and harpist, her great grandmother Winnie Wood sang at venues throughout Wales and her father was Welsh tenor on the London stage.

Frances began writing seriously whilst working at BBC television in London, England. After making award-winning documentaries, she earned an Honours degree in English Literature at the University of Toronto.

Frances has published numerous short stories, articles and poems. She has an international profile as a Romani writer. True to the spirit of the Romani diaspora most of these poems have already been published internationally in well regarded anthologies in Canada, U.S., U.K., Wales and Europe. Having recently been invited to contribute to the Central European University in Budapest’s Romani Journal she submitted an excerpt from her memoir, Underground Histories. Her play Mad Gwen was produced at She Speaks: Women’s work — Women’s words, A Celebration of International Women’s Day, in Waterloo, Ontario.

Her first poetry book is Green Man published in the Stanza Series by The Ontario Poetry Society. The League of Canadian Poets featured her poems for National Poetry Month and Fresh Voices online.

Frances has made media appearances as a guest author on CBC Radio and WSRQ Radio, Sarasota. She is a co-host and Feature Producer on CKWR FM 98.5 Community Radio’s show Promenade.

In 2019, she founded The John Roberts Heritage Fund to further his legacy of the Roma/Gypsy language and Welsh triple harp to the identity and culture in Wales for future generations. Currently, Shikawa Romanus|Learning Romany is a language project consisting of 22 episodes for learners that preserves Welsh Kale Romanus for this and future generations. A future plan is to award a scholarship to a young Triple Harp player in John Roberts’s name.

Frances lives in Kitchener, Ontario, Canada. She is married with two granddaughters, Luna and Isobel. She loves to travel and often visits Wales and England.