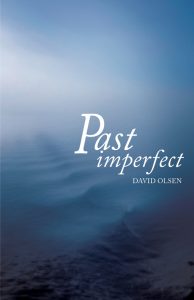 From the author of Unfolding Origami, Past Imperfect is a three-part exploration of the imperfections and failures of memory. The first section, ‘The Edge of Forgetting’ is concerned with the half-remembered and the futility of efforts to give memories permanence.

The second section, ‘Penumbra’, deals with failures of neglectful public policy, particularly with respect to social injustice and issues of war and peace.

In the third part, ‘Available Light’, works of art are considered as efforts to express the workings of imagination and preserve creations of consciousness. This section is more than a collection of ekphrases; it is, instead, an evocation of ‘The Agony and the Ecstasy’ of a life in the arts.

This is an assured collection from an accomplished poet. 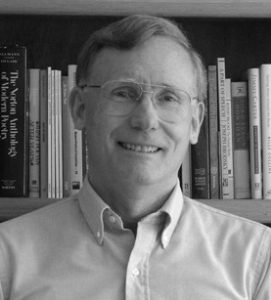 David Olsen, winner of the 2013 Cinnamon Press Poetry Collection Award and a professionally produced playwright, was formerly an energy economist, management consultant, and newspaper essayist. His poetry chapbooks include Sailing to Atlantis (2013), New World Elegies (2011), and Greatest Hits (2001). His poems have appeared in numerous journals and anthologies in the US and UK. Find out more about David’s poetry on his website.

David is a graduate in chemistry of University of California, Berkeley, and holds an MA in creative writing from San Francisco State University. He has lived in Oxford since 2002.