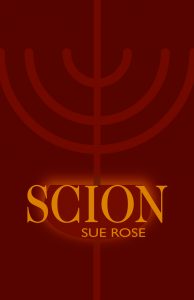 Each careful word in these layered, honed and elegant poems counts. Writing about her debut collection, From the Dark Room, Gillian Clarke described the work as ‘truthful, brave and tender.’ In this third collection, Rose takes this compassionate yet unflinching sensibility to look at ancestry and legacy.

Can you see the ghost
of my mother’s hook nose
in the subtle snub
of my face?

Rose asks in the title poem, before going on to investigate the many ways in which the ‘godless’ and ‘faithless’ both carry an ineluctable inheritance whilst ‘not being Jewish enough’. Legacy here also looks at the pain of so many human losses. Framed by the dark, there is always the light of a life’s pulse that insists: ‘Let us sing and be glad.

Scion shows us how it feels to explore your lineage with poems that land their lines in your heart. They are technically exquisite — Sue Rose is a translator by trade. One role of both translation and poetry is to help heal partisan wounds. In today’s cruel political mood, Scion should be translated into every language.

Rose’s use of sound in her work is wonderful … We are in the hands of someone comfortable with their craft and able to work the raw material at their fingertips. 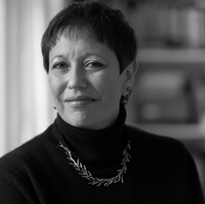 Sue Rose is a widely-published literary translator and award-winning poet whose work has appeared in a variety of magazines and anthologies. In 2009, she won the prestigious Troubadour Poetry Prize and, in 2008, the Canterbury Festival Poet of the Year Competition. She has also been commended or placed in competitions such as the National, the Peterloo and the Wigtown. She is a founder member of Scatterlings, a group of poets formed to give readings in the Southeast and beyond.

From the Dark Room was Sue’s first collection, published by Cinnamon Press in 2011, and her pamphlet, Heart Archives, by Hercules Editions in 2014. Her second collection with Cinnamon Press was The Cost of Keys, followed by Scion in 2020.