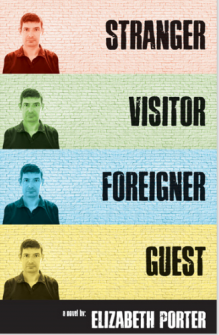 Stranger Visitor Foreigner Guest is the story of a collision of worlds and the ways in which westerners interact and impact on an extraordinary social and political arena told in first person narratives by Sasha, a young American, and in the 19th century by Lucy, a would-be missionary. At the heart of the novel are the true events of the Bushiri war. Lucy’s involvement in this war has huge repercussions for Sasha a hundred years later when he tries to make a new life for himself in Tanzania as a water engineer, where he meets and falls in love with Grace. A powerful and beautifully observed debut novel, Stranger, Foreigner, Visitor, Guest explores identity, belonging and the fragility of personal happiness against the backdrop larger events.