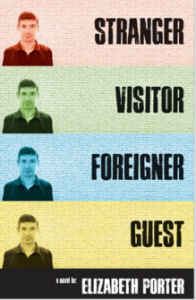 ‘Dar Es Salaam: that strange haven of chaos and sunlit concrete, clapped-out Peugeots, officials with rubber stamps and all the time in the world, the scent of rotting mangoes, diesel fumes, the roar of raging buses, bellowed destinations, endless Afropop bubbling from every cassette player on every street corner. I always loved Dar for harbouring me, and I love it still. In those final months, when I wasn’t at work I pounded the pale grey streets of Dar, walking, walking, walking. The long rains were over. … Stranger, foreigner, visitor, guest: which would I choose?

Stranger Visitor Foreigner Guest is the story of a collision of worlds and the ways in which westerners interact and impact on an extraordinary social and political arena told in first person narratives by Sasha, a young American, and in the 19th century by Lucy, a would-be missionary. At the heart of the novel are the true events of the Bushiri war. Lucy’s involvement in this war has huge repercussions for Sasha a hundred years later when he tries to make a new life for himself in Tanzania as a water engineer, where he meets and falls in love with Grace. A powerful and beautifully observed debut novel, Stranger, Foreigner, Visitor, Guest explores identity, belonging and the fragility of personal happiness against the backdrop larger events. 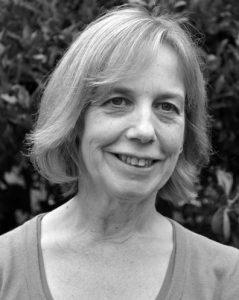 Elizabeth Porter spent three years living and working in Tanzania. She currently works for Cardiff library service. Elizabeth has an MA with distinction in Creative Writing from Cardiff University and was previously awarded a place on the Arvon / Jerwood young writers’ mentoring scheme, and an Arts Council of Wales travel bursary which enabled her to do further research in Tanzania. Elizabeth also writes short stories and was runner-up in Cinnamon’s recent short story competition.