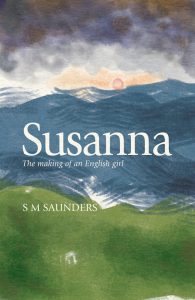 Thrust into a hostile world, and unable to comprehend the language, Heike, an immigrant and ‘enemy’ child, struggles to understand the English islanders as she adjusts to the new identity demanded of her.

Intent on escaping the traumas of growing up in fascist Germany and the horrors of its post-war desolation, Heike’s mother will marry the charismatic English officer she met during the Allied occupation of Lüneburg. Her daughter, who will be known as ‘Susanna’ from now on, must be kept innocent of her mother’s past and grow up to be English.

As this memoir of displacement, national character, and misunderstandings unfolds, S M Saunders becomes the detective in her own story, searching for the truth that will reconcile her double identity and conflicting emotions.

But this is far from a misery memoir. This is a tale of love—the narrator’s intense love for the extraordinary and eccentric English people whose positive influences not only shaped her and her mother, but also lent her the strength to come to terms with both her own identity and with her mother’s complex, harrowing story.

Susanna: the making of an English girl explores a childhood that is sad, beautiful, funny, rich in detail and marked, above all, by love. 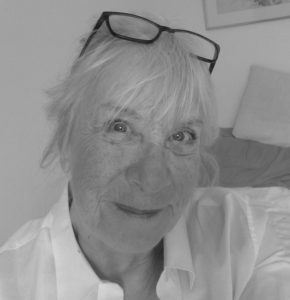 S M Saunders grew up in London. She practised as a nurse at Westminster Hospital before working for BBC Radio at Broadcasting House. She married and lived in Oxford and then moved to Cyprus for three years. On her return, she studied for an English and Linguistics degree and lectured in a Sixth Form College and for the Open University. She brought up three children in Hampshire where she still lives. She is a prize-winning poet. Her first collection Blue Water Café was published by Oversteps Books in 2014, followed by her second collection Split the Lark published under her marital name Sue Davies in June 2021.