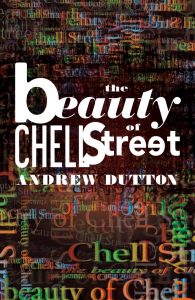 Will the past never leave the present in peace?

Did you learn family tales at your grandmother’s knee? Just harmless old stories. But what of the reality behind them?

The Beauty of Chell Street is the story of a family dominated by its own poisonous mythology; one which outlives them all.

Nora Wilson endlessly recounts the story of her betrayal by her husband, Sam, during her heyday as the incomparable Beauty of Chell Street. Her demands to a lost God for Sam’s damnation become her only life force.

Long after their deaths, when their great-granddaughter, Francine, discovers old pictures of Nora and Sam, their story obsesses her. As she collects the past, Francine is as single-minded as Nora and as ruthless as Sam. Can she even cheat time and death to get to the people who knew Nora and Sam?

As betrayal weaves its way through turnabout time periods and Francine assembles her evidence, the story is told again and again into Francine’s old age while the image of Nora remains frozen, looking out from the photograph that started it all, forever the beauty of Chell Street. 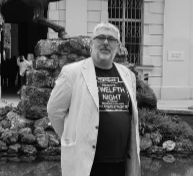 Andrew Dutton has been writing since the early 2000s and has previously self-published an e-book of short stories, A Mirror.

His work frequently explores life at ‘the bottom of the pile’, reflecting a long career helping people in financial hardship and debt.

Born in Newcastle-under-Lyme, he now lives in Derbyshire and draws inspiration and comfort from books, music, cats — and long country walks with his partner and their beloved Labrador.