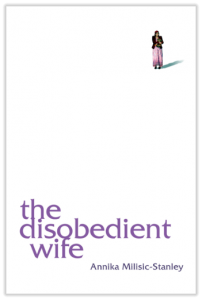 In 2008, there were a series of small explosions in Dushanbe. No one claimed responsibility. There are ten banned opposition parties in Tajikistan. Many of them are multi-national and would like to see Central Asia become an Islamic ‘superstate’. Religious minorities are not allowed to register new places of worship and all mosques and churches are required to be registered. Proselytising and missionary activity was officially banned in 2008.

Dedicated to the women of Tajikistan, The Disobedient Wife intertwines the narratives of Harriet Simenon, whose journal portrays a darker interior world than that of the rich wife of the powerful Henri Simenon, and Nargis, her local nanny and maid, struggling with poverty, yet with a strength that Harriet comes to admire as her own life unravels against a backdrop of violence and betrayal.

Rich with sense of place and deeply humane, Milisic-Stanley brings the acute observation of an artist and social anthropologist to bear on this moving and compelling story of how two women survive and thrive in difficult circumstances. 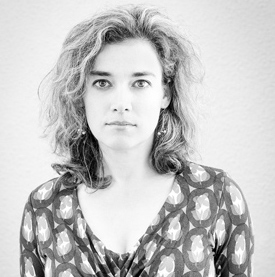 Annika Milisic-Stanley was born in 1975 in the USA to Swedish and Anglo-German parents, but grew up in Britain and has strong family connections with the Tarrant Valley. After graduating from the School of Oriental and African Studies, she worked with humanitarian projects in Nepal, Kenya, Somalia, South Sudan, India, Burundi and Egypt as well as living in Tajikistan for several years. Annika now lives with her husband and three children in Rome. In addition to writing and painting, she works as a campaigner to raise awareness on the plight of refugees in Southern Europe. She is writing her second novel.