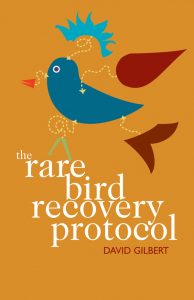 Loss, legacy, fatherhood, relationships, mental health and the natural world intertwine across this first full collection from poet, nonfiction author and activist, David Gilbert. The Rare Bird Recovery Protocol explores the fragilities and epiphanies of a life lived with all the senses open. Lucid and achingly poignant, there is nonetheless a thread of strength, as strong and elastic as spider-silk, running through these poems. These accessible, humane poems are layered with meaning that resonates after reading, demanding to be returned to.

David Gilbert’s first full-length collection displays an extraordinary scope and variety … Consistent throughout is his deftness of touch: he is a poet who knows how much to put in and to leave out; a poet who has clearly looked deep within himself … My enjoyment of this book is the constant awareness that I’m in the hands of a writer who has practised his art over many years. 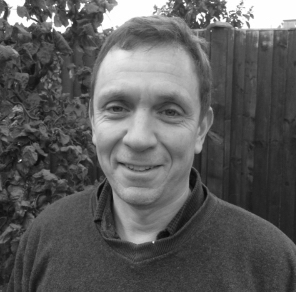 David Gilbert is a born and bred Londoner. He had a nervous breakdown when 25 and recovered at 31. Before and after this, he has been an activist on behalf of people who use health services and now works as a Director in the NHS. He is Writer In Residence at the Bethlem Gallery and his first pamphlet, Liberian Pygmy Hippopotamus, was published by Templar. He is married to Susan (who he met during his period of illness) and they have two sons, Samuel and Adam, and a cat called Tulia (Finnish for fire). He supports Leeds Utd.