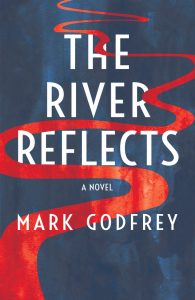 We become like the river reflected, both light and dark.

Struggling artist Sylvia is offered an unusual commission by the mysterious Victor, acting on behalf of a secret sponsor, who wants to engage her for a year to produce art depicting the Holocaust. She accepts the project on trust and discovers an enigmatic thirteen-year-old girl, Nina, who becomes her model and pupil. As the months pass, Sylvia begins to unravel the truth about Victor, the secret sponsor and Nina, while unearthing more about history and identity than she was ever prepared for.

A family drama that champions the structures and beliefs that underpin a civilised society, The River Reflects faces the darkest shadows of human nature. With the Thames winding relentlessly through this compelling story, Sylvia, Victor, Nina and those around them progress from fear and isolation to seek love and fortitude and the redemptive power of the human spirit. 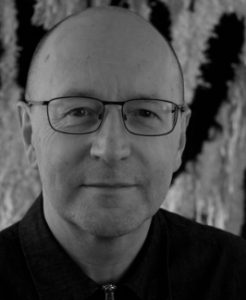 Mark Godfrey was born in Chiswick, London, in 1958, and brought up in west London and Cheshire. He graduated in English and American Literature and History from the University of Manchester. Mark lives in Greater Manchester, with his wife, an eminent art curator. They have two grown up children, a granddaughter and a grandson.