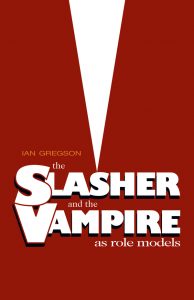 A recipient of an Eric Gregory Award as a young poet, Ian Gregson’s debut collection, Call Centre Love Song went on to be shortlisted for a Forward Prize for Best First Collection. Gregson’s work is formally diverse, eminently accessible and packed with wit. There is deep commentary going on in these poems, on how we make and break connections, on the possibilities and limits of language and perception. Brilliant, often funny, frequently poignant and always timely, The Slasher and the Vampire as Role Models, is a new and collected that shows Gregson at the height of his linguistic dexterity as poet with something real to say.

Gregson’s work is characterised by a belief that poetry should include and incorporate modern experience and not simply cordon off a special lyric arena where the world stops and ‘poetry’ begins. 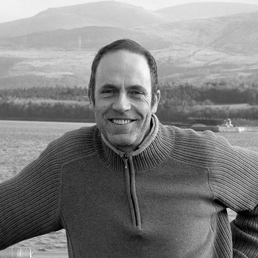 Ian Gregson is an award-winning poet whose latest book of poems is How We Met (Salt, 2008); Call Centre Love Song (Salt, 2006) was shortlisted for a Forward prize. He has published five books of criticism on contemporary writing. Contemporary Poetry and Postmodernism: Dialogue and Estrangement (Macmillan, 1996) applies Bakhtininian theories of the dialogic, and Shklovskian theories of estrangement, to contemporary poetry. The Male Image: Representations of Masculinity in Postwar Poetry (Macmillian, 2002) uses gender theory to talk about the masculinity of poets such as Robert Lowell, Ted Hughes, Seamus Heaney and Derek Walcott. Character and Satire in Postwar Fiction (Continuum, 2004) explores the widespread use of caricatural techniques in the contemporary novel. Postmodern Literature (Hodder Arnold, 2006) is a reappraisal of theorisings of postmodernism and indicates the presence of realist writings, and concerns about Nature, which oppose the official line on the postmodern. The New Poetry in Wales (University of Wales Press, 2006) celebrates the strength of recent poetry in Wales and discusses it in terms of questions of national identity.

He took early retirement from teaching literature and creative writing in the English Department at Bangor University, where he was Professor and was nominated for Professor of Poetry at Oxford, receiving the largest number of nominations.

You can find Ian’s latest novel, The Crocodile Princess, here