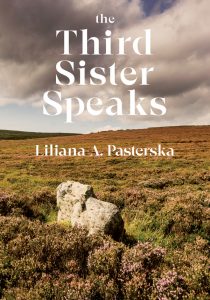 In The Third Sister Speaks Liliana A Pasterska immerses us in the voice of Anne Brontë—a frontierswoman and trailblazing writer of the mid 19th century who stepped out of ‘female’ territory to expose the taboos of her age, including gender inequality, marital abuse, the terrible conditions in which many women teachers worked and the effects of alcohol and substance abuse. A woman at the margins of her time, Anne Brontë lived for only 29 years, yet left a wealth of acute observation and sharp insight in her writing, as well as poetry that witnesses to her personal, spiritual and literary intelligence.

For all of this, her voice is the one not often heard amongst the extraordinary Brontë sisters. But here is a corrective to this. In lyrical poetry originally commissioned for a programme of music and words celebrating Anne Brontë’s bicentenary, we enter Anne’s world. In this careful and beautifully achieved debut pamphlet, the voice of the poet reaches into the voice of a young woman still calling to the modern reader across time: elegant, spare, leaving space for silence and allowing its questions to resonate long after reading:

I am a teller of truth a seer—can you hear me? 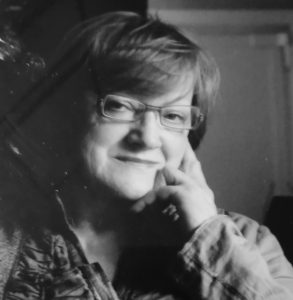 Liliana A. Pasterska was born in Poland and educated there as a paediatrician and psychiatrist. She worked in UK as a consultant psychiatrist for many years and became interested in the female condition, particularly in relation to the pioneering women writers of XIX century. Some of her poems have been published in the Journal of the Gaskell Society and in the anthologies of Manchester Stanza and Womanswrite groups. She is married with two adult children and lives in London.