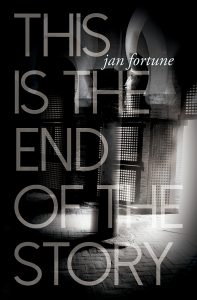 Part One of the extraordinary Casilda Trilogy

Belief is Cassie’s gift, so much so that she believes herself to be whoever those in her life tell her she is — Cassie, Kat, Kitty, even Casilda, as Miriam insists, an 11th century Muslim princess from Toledo who later became a Catholic saint. Bound together by Miriam’s extraordinary internal world, Cassie’s belief and a traumatic incident on a beach, Cassie’s loyalty only strains when an act of betrayal propels her towards Liam, also waiting to tell Cassie who she really is. But Cassie may be more resourceful than either Miriam or Liam imagine and when she eventually visits Toledo, tracking down places where Casilda might have walked, is this the end of the story?

Exploring how one person might support the fantasy life of another, in Quixotic tradition, This is the End of the Story raises questions about perception and identity, about friendship, love, loyalty and the stories we tell ourselves or allow others to tell about us.

This is an incredible book … powerful and delivered in the most taut and well crafted prose possible … this novel is one of the finest examples of experimental contemporary fiction I have read.

Her previous publications include non-fiction titles in alternative education and parenting and the major book book for writers: Writing Down Deep: an alchemy of the writing life (available as both hardback and paperback editions) ; the novels Dear Ceridwen and Coming Home. Her previous poetry collections include Particles of Life (BlueChrome), Slate Voices (a collaborative collection with Mavis Gulliver), Stale Bread & Miracles, Edge (a companion to Adam Craig’s Year W), and Turn/Return, a pamphlet inspired by Brian Eno’s Oblique Strategies cards. Her most recent work is the Casilda Trilogy of novels, which includes This is the End of the Story, A Remedy for All Things and For Hope Is Always Born, and the spin-off, stand-alone novel Saoirse’s Crossing.