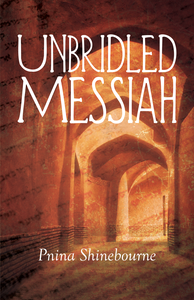 When Shabtai Zvi of Smyrna, a 17th Century man of piety, if eccentric and unruly, proclaims himself Messiah, euphoria and devotion ripple through Jewish communities worldwide. Imprisoned for sedition by the Ottomans, Shabtai converts to Islam to escape the death penalty, but his story doesn’t end there, as true believers follow their messiah into conversion, creating a unique hybrid religion that survived in secret for centuries, and inspiring Jacob Frank to claim, a century later, to be Shabtai’s reincarnation (the subject of Olga Tokarczuk’s Nobel Prize in Literature 2018 winner, The Books of Jacob).

A work of fiction that melds poetry, prose and play, Unbridled Messiah is constructed from eyewitness accounts (real and imaginary), letters and historical sources, delivering an extraordinary and spell-binding narrative enlivened by Shinebourne’s chorus of Heavenly Sisters, who play with the ‘facts’, adding irreverent and mischievous interpretations.

Long-listed for the Lucy Cavendish Fiction Prize 2020, Unbridled Messiah, is an ambitious, intelligent and inventive exploration of the multiple ways we approach and find salvation.

Pnina Shinebourne is an utterly singular writer. Told in sharp, glinting shards, her stories leave the haunting impression of a lucid dream, strange and startling and making an urgent sort of sense. Unbridled Messiah is a vivid, unforgettable book.

Pnina Shinebourne’s writing pirouettes through the tricky territories of philosophy and religion. With a light and curious touch, she investigates what it means to be a believer, a woman, a prophet, or any creature shaped by gods and fates. If you could hear the cackles of angels, I imagine they would sound something like Unbridled Messiah. 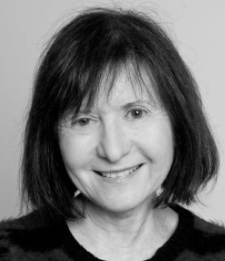 Pnina Shinebourne was born in Tel Aviv and now lives in London and teaches psychology at Middlesex University. She is the author of four publications. Her work has won the Flipped Eye Publishing award, the Overton Poetry Prize, the Wasafiri New Writing Prize, the Beyond Borders Writing Prize and her short story, ‘A Bird is Fluttering Somewhere in Me’, was placed second in the Essex University Short Story Prize, 2021.