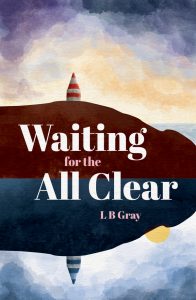 For Eleanor Barton, fleeing from the bombs of the Birmingham Blitz during World War II changes her life. On the Isles of Scilly, she negotiates a teaching contract, her own sexual awakening, and a decision about her future that will have repercussions for decades. Her course is set when she sails from the UK on the Queen Mary as one of thousands of GI brides. But the path she has chosen will not be an easy one.

Struggling with issues of infidelity, gas-lighting, her ‘outsider’s’ experience of racial apartheid in 1950s America and living within the bounds of Catholic teaching on contraception and marriage, Eleanor faces an uncertain future. But she persists, bolstered by her love for her daughter, Sadie.

Spanning the 1940s to 1980s, Eleanor faces a stream of new challenges—not least the struggle to overturn the Decree of Nullity granted to her American husband by the Catholic Church, and her waning health. But a return visit to Scilly also brings her life full circle and demonstrates the endurance of deep love.

Exquisitely realised characters and a powerful story unite in Waiting for the All Clear, L.B. Gray’s debut novel, to immerse readers in the ageless questions of what it means to make a good life and what are the boundaries that must be defended if we are to remain true to our own stories. 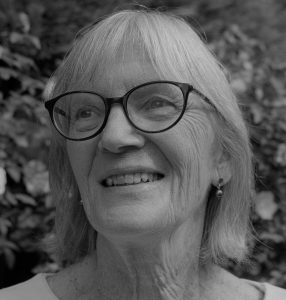 L.B. Gray is the daughter of a G.I. bride and spent much of her early life in the American South. She now lives in the South of England and draws on her experience of both cultures in her writing. Her study of psychology at university informs her writing, as does her subsequent career practising as a counsellor and lecturer in the subject.

Despite an enjoyment of writing at school, nearly sixty years passed before she attempted to re-awaken this pleasure by joining a writing group. She has had two short stories published, and Waiting for the All Clear is her first novel.