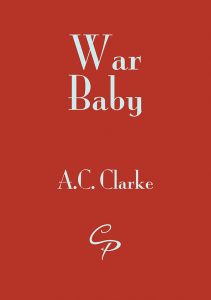 The powerful, tight prose passages interspersed with spare, elegant poems not only communicate the visceral details of a specific time and place, but also open up questions of how memory works, its gaps and its intensity, above all how its scars resonate through a life. A highly accomplished and compelling pamphlet from an experienced poet.

In War Baby, A.C. Clarke vividly and with penetrating honesty remembers some of the key emotional moments of her war-torn childhood in London. Her youthful memories spring off the page with a power that is fresh, raw, sharp and bitter-sweet, her words reaching to the very core of love, loss and longing and thereby reaching into our own hearts. At one and the same time Clarke manages to be that little girl and the sensitive, thoughtful, observant poet that she is. This evocative and moving collection can only add to her growing reputation as a poet of enormous talent.

Smells. Dog-shit baking under a hot grey sky (was it ever clear blue?), sulphur woven into a scarf of fog, incense cloying my brain in the church where once the marble altar steps rose up to meet my forehead, seamed it for life. 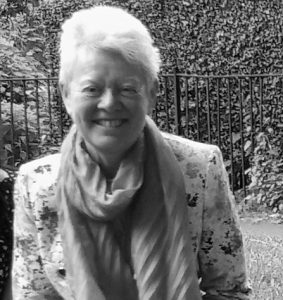 A C Clarke lives in Glasgow. Her fourth full collection, In The Margin, was published by Cinnamon Press in 2015. Owersettin, a pamphlet in English, Scots and Gaelic in collaboration with Maggie Rabatski and Sheila Templeton, was published by Tapsalteerie in 2016. Her fifth collection, A Troubling Woman (Oversteps Books), came out in 2017. She is currently working on a series of poems about Gala Dali and the Surrealists. War Baby was one of the four joint winners in the Cinnamon Press 2017 pamphlet competition.