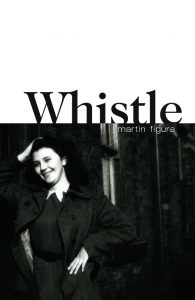 Cinnamon Press is proud to publish this latest edition of this astounding collection.

When Martin Figura was a ten year old boy, his father Frank murdered his mother June.

Poetry is language that can act as a time machine. Martin Figura travels back to the 50s, to the meeting and courtship of his parents, his own birth and boyhood and the stark dislocation of his boyhood when he and his sister, lose, effectively, both parents.

Figura employs throughout a pared-back and piercing lyricism and thus achieves, without a hint of sentimentality, the wrenching sense of abandonment his younger self experienced after the loss of his mother…

Figura regards his younger self with a sombre and insightful pity in poems that are distinguished by their quiet restrained diction. This compels attention, drawing the reader into the places of this fearsome narrative. The poems illuminate the darkness of the narrative …

In Whistle sorrow is given profound and moving words. This collection is a record of personal survival and renewal after the very earth of life and love has been scorched and devastated. Figura, keeping his nerve, guides us through a limbo of shifting and shadowed memories, through places where the encroaching Furies rampage, out into the clarity of comprehension and forgiveness, where it is possible for him, and for us, to claim life’s paradoxical riches.

Whistle is more an epic sequence than a collection, and the poems benefit from reading in order rather than dipping into the book at random… there is an accumulative effect as Figura masterfully places each one before us, like a card sharp slowly showing a winning hand.

Figura gives us a story of family, love, growing up, alienation, madness, murder, abandonment and loss, to rival the novels of Thomas Hardy…

Profoundly honest and at the same time joyfully entertaining.

… amazing and both of us feel it was the best thing we saw in Edinburgh last week—extremely moving and memorable.

Julie Christie and Duncan Campbell on the Whistle stage presentation

Martin Figura’s riveting sequence of poems about his childhood, his father killing his mother, and the consequences of that upon the whole family is remarkable for the story he doesn’t tell, as much as for the story he does … these poems are an attempt to excise memory, to fill in some of the missing gaps, but the sense one is left with most of all is absence and loss. Moving, brave unsentimental … Sometimes lyrical, rarely angry, often tender, Figura’s soul mate throughout is the understanding and watchful eye of the camera: ‘One day I shall hold them with white gloves,/carefully brush away the dust and look/through their shadows and fingerprints’.

His languages return
all at once as thoughts.

He tries to speak them.
Tongues slip from his mouth,

lash themselves tight
across his silent face. 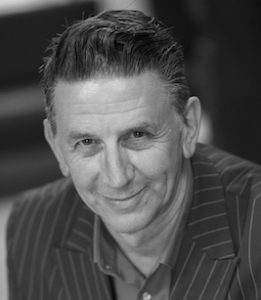 Martin Figura collection and show, Whistle, was shortlisted for the Ted Hughes Award and won the 2013 Saboteur Award for Best Spoken Word Show. Whistle is now in a second edition with Cinnamon Press. He won the Poetry Society’s 2010 Hamish Canham Prize. His most recent publications are Shed (Gatehouse Press) and Dr Zeeman’s Catastrophe Machine (Cinnamon Press), both published in 2016. The spoken word show, Dr Zeeman’s Catastrophe Machine, showcased in 2016, toured in 2017. He was runner-up in the 2017 RSPB/Rialto Poetry Competition. He lives in Norwich with Helen Ivory and sciatica, where he runs the literature event, Café Writers.

Figura was a revelation — funny,sharp and on top form.